This books ends with Len Collard and Dave Palmer discussing indigenous terms for ideal approaches to history-making. The Noongar’s sense of kanya and the Kimberley people’s notion of good liyarn promise, they suggest, the best results for fresh thinking and new knowledges. Without kanya or with poor liyarn, historians run the risk of making “mistakes” or getting “confused.” On the whole, the near-dozen historians who contributed to Indigenous Intermediaries seem to have conducted their research with the right kind of spirit.

The book is the selected proceedings of a 2013 conference, published in affordable paperback and, more importantly, in a free online format by the always accessible ANU Press. Its aim is to advance the history of the exploratory expeditions of the eighteenth and nineteenth centuries by turning fresh attention and analysis to the indigenous intermediaries who were involved in them. The Introduction usefully surveys recent literature on both “go-betweens” and “middle ground” scenarios, situating this collection across both fields. It claims to include the latter field because the process of “teasing out” the “presence” and “agency” of indigenous intermediaries involves more than just “trowels”—as one of the authors nicely puts it. The act of recovery sometimes needs to add context, rather than just remove dirt, in order to grasp the meaning and contribution of indigenous traces in exploration.

While the Introduction’s discussion of methodological approach is admirably nuanced, the editors shy from ever defining precisely who they mean by indigenous or by explorer. The following chapters suggest that indigenous peoples are non-Europeans who confront European empires – a somewhat vague notion that will in future scholarship surely demand more refinement. The implied definition of explorer is a European, usually male, usually focused on territorial discovery, and usually backed by official or elite authority.

The chapters that suggest the best deployment of kanya are those by Felix Driver, Maria Nugent, Tiffany Shellam, and Harriet Parsons. Driver offers several illuminating case studies, the most interesting from the archives of the Royal Geographical Society. Curating these for a 2009 exhibition, Driver realized that recovering indigenous intermediaries involves more than just flinging back shrouds: the history of indigenous actors in explorer activities is in many ways permanently fragmented, and a recovery process needs not pretend that these fragments can one day add up to the mirror images of the explorers themselves. Driver advocates instead both adding to the fragments with extra knowledges of indigenous culture as well as suggesting the ultimately fragmented state of explorer history, too.

Both Nugent and Shellam offer good examples of how to walk Driver’s suggested “fine line between … salvage biography and critical history” (25). Nugent delves into the fragments on Jacky Jacky who accompanied E. B. Kennedy’s 1848 expedition to Cape York while Shellam surveys the traces of Bungaree and those of two Nyungar men in early-nineteenth-century maritime expeditions. Both reveal complicated indigenous histories reverberating around European exploration, though both also remain wary of overstating the accessibility of indigenous agency. Interestingly, the chapter jointly written by Catherine Bishop and Richard White seems determinedly unwary of such dangers, refuting at several junctures the invisible quality of indigenous presence in explorer accounts and arguing instead that the archives suggest much genuine affection between participants and even in some instances (as in naming practices) a sense of explorer celebration of indigenous helpers. Identifying names and affection, however, does not suggest in itself particularly powerful ways of thinking about how indigenous people shaped or marked expeditions – the practice of using indigenous names certainly has generated far more contentious debate than implied here.

For me the chapter pursued with the best kanya of all was Parsons’s study of British-Raiatean collaborative drawing. Parsons tackles not just the oft-ignored contribution of the Raiatean leader Tupaia to Cook’s Endeavour voyage, but also the frequent oversimplification of Cook’s own creativity. By picking apart the collective explorer copy of Tupaia’s map of Oceania, Parsons shows how both Britons and at least one Raiatean were deeply engaged in figuring each other out, often in graphic form on paper if not in words, and both were changed by the event. Her fascinating and complex proof of engagement, however, is at the same time far from an account of explorer celebration of Pacific culture, or even a description of momentary transparency. Engagement does not signify resolution.

The chapters by Lübcke, Douglas, and Gascoigne seem slightly less convincing proofs of transformative engagement – however interesting their (largely Pacific-centred) tales of cross-cultural enterprise. The claims by Lübcke and Douglas especially to identify the “countersigns” of indigenous presence in explorer texts (literary and photographic) are more suggestive than revelatory. 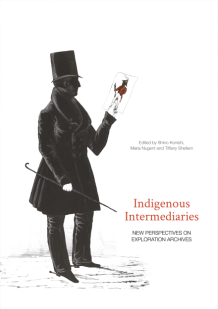