I am a professor of history at Australian Catholic University, and also currently co-editor of the Australian Historical Association’s journal, History Australia. I specialize in the history of the eighteenth-century world, particularly the British Empire and the many indigenous societies it encountered. My interest in comparative indigenous history focuses on the eastern Pacific (Polynesia), the American southeast (esp. Cherokees), and the Eora of today’s Australia.  I have an interest, too, in visual history, anthropological history, and experimental uses of biography for history.

Raised in Canberra, Australia, I graduated from the Australian National University with a honours degree in History in 1997. I studied for my MA and PhD at the University of California at Berkeley, under Thomas Laqueur, James Vernon, David Lieberman, and loads of other amazing professors. In between times, I worked freelance for OUP, and the journal Representations, and still wonder what a career in publishing would have been like.

Back in Australia, I first worked as a project officer at the Australian Academy of Humanities. Then, from 2007 to 2010 I was a postdoctoral fellow at the University of Sydney, and from 2010 to 2020 a tenured member of the Modern History department at Macquarie University. I became a professor in the Institute for Humanities and Social Sciences at ACU in July 2020.

I am the author of The Savage Visit (Berkeley: University of California Press, 2012), which traces the dramatic rise and surprising fall of popular British fascination for indigenous visitors through the eighteenth century. Pursuing similar themes, I am the editor of The Atlantic World in the Antipodes: Effects and Transformations since the Eighteenth Century (Newcastle: Cambridge Scholars Publishing, 2012), with chapters by Alison Bashford, Iain McCalman, Simon Schaffer, Margaret Jolly, Sheila Fitzpatrick, Damon Salesa, and several of the other fabulous scholars who assembled for Sydney’s Sawyer Seminar Series.

In my turn to more indigenous-focused history, I sometimes collaborate with prize-winning historian Michael McDonnell; in 2018 we published the edited collection, Facing Empire: Indigenous Experiences in a Revolutionary Age (Johns Hopkins University Press).  My latest book is the award-winning The Warrior, the Voyager, and the Artist: Three Lives in an Age of Empire (Yale University Press, 2020). It brings together both my British and indigenous historical expertise, narrating the unlikely eighteenth-century story of a Cherokee warrior, a Raiatean voyager, and the British artist who painted them both.

I have held visiting fellowships at the University of York (as a British Academy Fellow); Duke University (at the John Hope Franklin Center for the Humanities); Yale University (as a Lewis Walpole Library Travelling Fellow), and Princeton (as a Humanities Council Fellow). I have also delivered public lectures at art galleries, spoken on public radio and podcasts about indigenous history, and advised and convened conferences for the History School Teachers’ Association.

Extra random information: I am a proud member of the Greenpeace General Assembly; I am an equally proud member of the Spit Amateur Swimming Club; from 2018 I am Lead Chief Investigator of an ARC Linkage Project with the NPG; I live in Canberra with son Rohan, shoodle Bonnie, and partner Iain McCalman. 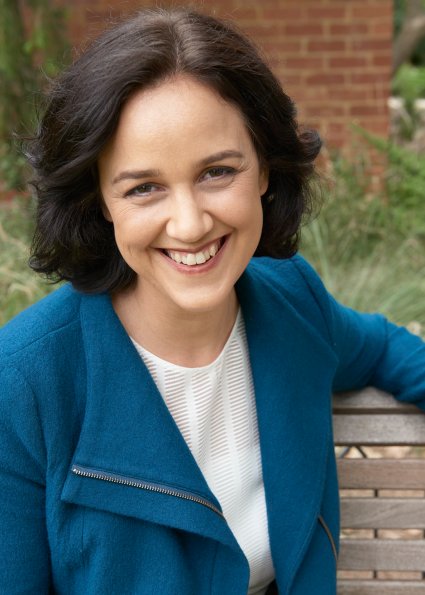